Hey gang, been a minute since I wrote one of these so bear with me. Some of you may noticed awhile back we put a note at the top of our itch page that we'd like to be pushing updates again come August. Well, August is here, and let me tell you... we're not quite ready yet.

Okay okay, not what you want to hear but let me give some background. About a year ago now, Melo our programmer had to unfortunately step down from PsyCon which led us to being put in a hiatus, for a plethora of reasons, but the biggest one being that I didn't have enough familiarity with Ren'py or the Python Programming Language to operate our character sprites, the images you see in a majority of the scenes not dictated by a special cinematic graphic. This problem was exasperated even more so because he left half-way through a re-haul of how we were implementing these sprites.

Let me be clear, I don't blame Melo, he had valid reasons for needing to step back, life happens, we all know it happens and I put a pause on our Patreon and everything else until I could figure out a solution.

That solution came a few months later in the form of Wattson who, admittedly, is a very busy programmer, he works on a large number of Furry Visual Novels, so his availability is a bit limited. However, he had the capabilities, and over this past year he's finalized our new UI, implemented several sub-menus, and more importantly finished our sprite overhaul.

So, in THEORY we should be good to go right? All set to push builds? Well... not quite. I'm still learning how to use our new naming conventions and apply them to the script. (Melo was the one who previously implemented expressions in the scenes) and we can't push our new build until we do, because part of this overhaul meant that none of our previous sprite-declarations would continue working, which means I need to annotate every expression all over again for every scene. In the meanwhile Shiuk has been working on finishing all of our sprite designs. They aren't finalized yet but at the very least our planned cast has all of their first drafts done (well except for one of the character's who only has a reference picture): 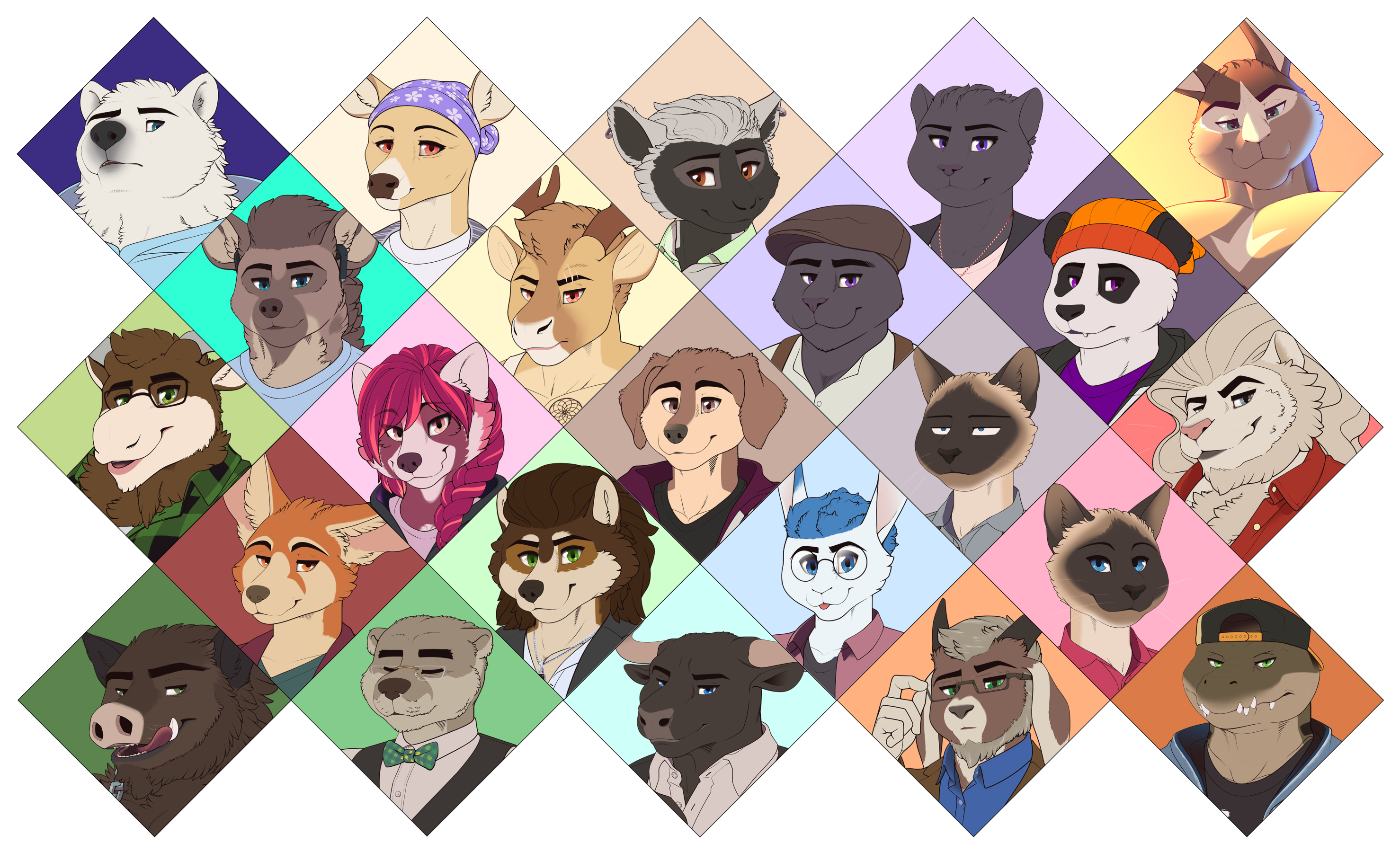 Also while on Hiatus, I rewrote much of the PsyCon prologue script, more accurately I reorganized a lot of the events and expanded upon scenes to form a better narrative flow. As we speak I've been finalizing these changes and pushing them intermittently to my proofreaders. (Admittedly I should've had this done already, and that's on me, I've just been struggling to look at scenes and say with certainty that it's where I want it to be, but doing those changes now is easier than it will be further down the line.)

Additionally, when the first build is done, and we've gotten it tested, it won't be posted here on itch initially, but to our Patreon. The reason for that being that I failed to deliver a build one month, 0.8 was on schedule for release it just needed to be programmed into the game, the script was edited, and we got about 20% of the scene-work done before Melo's issues came to a head. So I owe them a build before anything else.

Lastly, I'd like to get ahead on builds before I start releasing again, that way if there is some sort of issue that arises, I can get a head start. So once the build is done I'm going to keep a short pause and develop a small backlog, and once I have that backlog I'll begin pushing builds to itch.io again. Now I'm not positive when that will be, but I am pushing myself to make sure that happens this year, because I know you all are itching to see all the lads again as much as I'm itching to share them.

Again, I apologize for the wall of text, I know you guys are probably not happy, but I hope you all are willing to continue holding out knowing that we've not put a stop to this and we'll keep pushing until the end.

Damn, can y'all wait? He said he will bless us with the update when he feels the update is ready to be released.  I'm not even this impatient, and my patience runs thin very fast!

Rook? it has been almost 4 months since we got any news on the potential update, having been told to wait while Patreon got the update first. we agreed. so we're all getting antsy again. Do WE have a new release coming soon, or should we just consider the game as "Back On Hiatus"?

At no point did I say the Hiatus was over, I simply said what the plans were when the Hiatus ended, and that I'd like to develop a Build backlog.

Edit: And just to clarify, as of yet, Patrons haven't received a new build either.

ok, thank you for clarifying that.

Please keep us updated if you can with news and/or progress monthly, even if there is little.  Better to hear something than nothing.  Even if brief, just an overview of what progress has been made and estimations on things.  Its not like WE have psychic powers after all! X3

Welcome back rook! Glad that everything has been coming together and I cant wait for the public builds. Been missing this novel as it is my fav. I wish you the best of luck

Tried out the VN and loved it! Looking forward to seeing this back in development and when that happens I will definitely become a Patreon.

hey, rook? just thought this would be a better place to put this.

i can't use patreon (locked account, they won't unlock it). but i suppose if i wanted to drop you guys money each build (from here on out) I could at least "buy" a copy for whatever amount unless there's an alt method i could use to support the game that is my only reason for being on here.

also, for clarification, Shiuk recommended the game. even if he had been the one recommending the game but not an active part of the project at all, I would have given your game a run (Shiuks' art gives it the proper appeal tho, really like his art XP ) out of respect I have for him. I love this game, and I LOVE the heck out of Elliot. but today i'll be giving Quinn's run a go. out of sympathy and fun which i show towards him and get from him as a character. Wish me luck.

Hi Moon, sorry to hear about Patreon not working for you. That said any other means of support is appreciated, be that leaving money on itch, or non-financial means such as sharing with others and leaving positive reviews for others to see.

I'm glad to hear you've enjoyed Psychic Connections, and I hope we can get future updates out soon so that your positive experiences can continue.

Blood is the nickname i prefer, but moon is nice, too. i saw that one post of yours, heh. but i've recommended it to my friends and i guess they aren't as interested as i am. but i'll put good word out for the game, okay?

Hey, shit happens, what matters is how you handle it. You've handled it fairly well in my mind, all things considered. It's unfortunate Melo had to back out, but we unfortunately don't have much say over what happens in our lives, much less so what happens in others'. I've been amazed by integrity you've shown in this process. Some of the other projects I've seen on here that encountered similar hiccups in development have done the opposite of what you've done, they took the money and ran with no notice. The fact that you've been keeping us in the loop, and even decided to freeze the patreon while the issue persisted just makes you so respectable in my eyes and, (once I've got the reliable income for it) makes me more than willing than to become a patron. When you're ready, you're ready, doesn't matter when that is, you've shown us a great deal of respect, and I (along with with a fair bit of the community I presume) are more than willing to return the favor patiently.

take all the time you guys need <3

These things take time, especially work as good as yours and Shiuk's. :) Take your time!

I hope you are doing it for your own pleasure

Hey, take all the time you need, all of you. You can't rush art. Especially if it's of this quality. I know you will amaze us with what you offer us when the time comes. I'm just excited to see it all come to fruition!

Hope everything comes out as great as you hope, and far better than we expect! You got this, and do whatever you need to do, even if it means taking a much-needed break. Take care of yourselves. :3

I'm super excited for the build releases again, I don't care how long I have to wait! Psychic Connections has become one of my favorite Visual Novels, the story is great, the characters are awesome and the work that goes into every little detail is amazing! I personally cannot wait to see the new sprites!

Now with that said, take as much time as you need, I'm willing to wait so take your time and don't rush. Believe me work is easier when you don't rush it.  Stay healthy, take care of yourselves and much love to the entire team!

I am absolutely delighted that everyone kept working despite certain issues and I simply cant wait for it to start releasing again, as always take as much time as you need, no need to rush, hope everyone will understand. Please stay healthy and safe and take care of yourselves!!! <3 <3 much much love to every single person working on this VN!!

Simply seeing the new character sprites has me super excited! Look at all these new faces!

Shit happens, thanks for trying.  Hope things improve for you.

Listen, do what you have to do and as you want, because that is litteraly what we are here to see, the fruit of your work and of the time you placed in creating the VN. if you need more time, go for it

I'm yet to find something that is done perfectly and quickly, you take your time and don't rush it, we have been waiting for a few months now another few more won't break our backs

maybe this will help with the learning process? 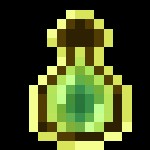 in all seriousness take all the time Ya need, I (and pretty much everyone else who supports this project) have already been waiting this long, what's a little longer gonna do to us?

I've been hoping for an update recently, tysm :) try not to push yourself too hard, we don't want you getting to a point where you're sick of working on it XD take plenty of time for yourself too